I am happy to announce new major release of DbGate - 5.0.0. It is over a year, when last major release, 4.0 was released. Version 4.0 was complete rewrite from React to Svelte. Although bersion 5.0 brings one big change, is not such a big revolution, it finalises UX impovements between 4.0 and 5.0 versions.

The biggest change is improved connection workflow. While former modal dialog was used, now connection is defined in tab. You could have more connection tabs opened simultaneously. Also, there is posibility to connect database without saving connection. Connection process is now more straighforward, especially for new users.

Also finally I have solved issue with SQLite on Mac M1, sow SQLite is now supported on both Mac platfrorms. 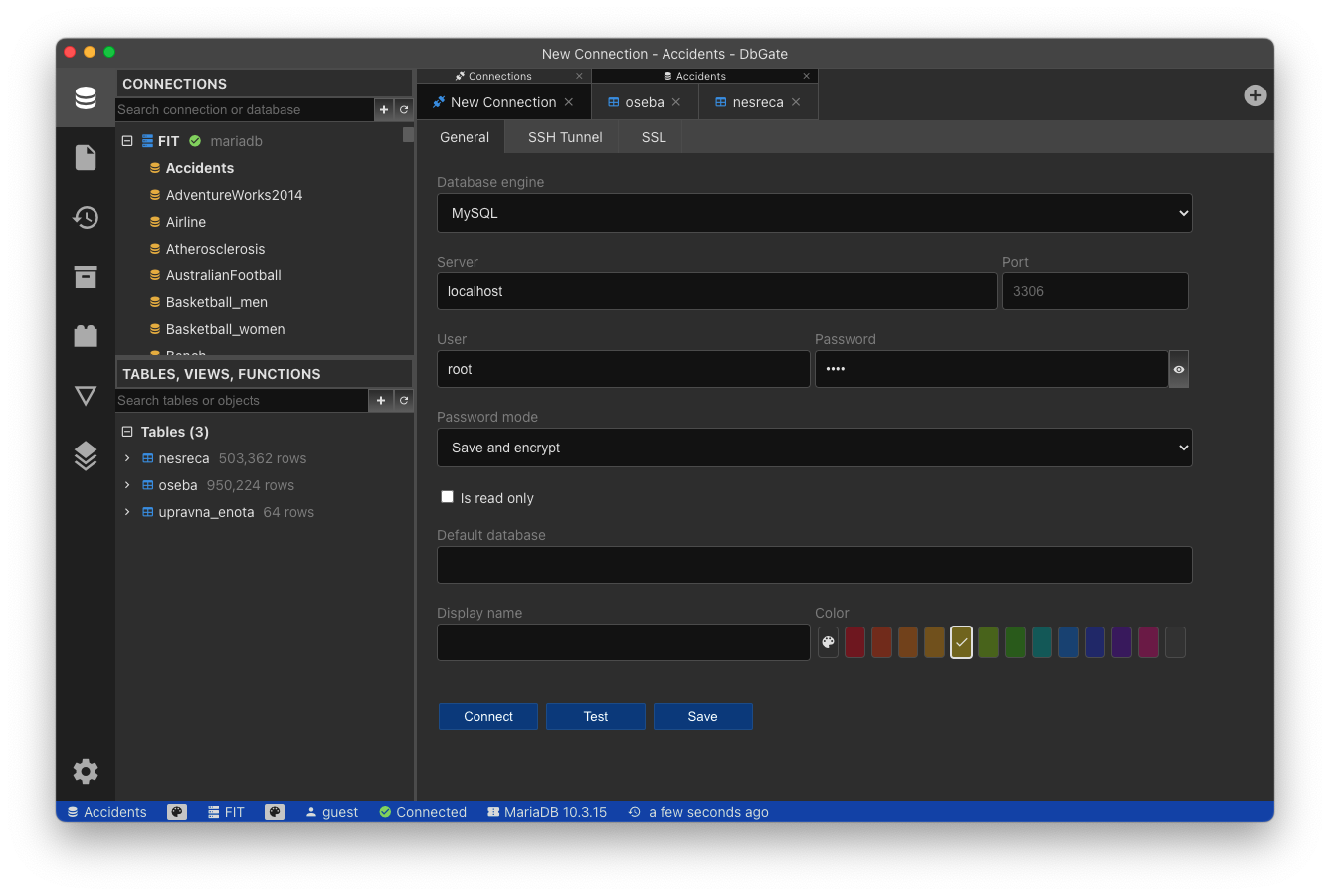 Nest is an MIT-licensed open-source project. Great thanks to sponsors. Please, consider supporting us!